This quote by Henry Ford is very interesting and leads us to share about this article below about how people is affected when they solve issue by being positive or negative.

Every time you find yourself in a new situation, what are your first thoughts?

(NO) Are you the kind of person that thinks, “Oh God, this is horrible!”

(YES) Are you the kind of person that thinks, “Awesome, something new!”

In this post, we're going to take a closer look at the impact of both positive and negative thinking. By the end, you'll be convinced that having a cheerful attitude toward life is the key to living for many years to come!

The Impact of Negativity

Negativity is kind of like an addiction. Once you start thinking negative thoughts, it's easy to continue filling your head with them. But, as you'll see below, it's the WORST thing you can do for your health!

A study published in the Journal of Personality and Social Psychology examined the thinking patterns of college students suffering from depression.

Their first experiment found that negative thoughts always returned, even if students were able to repress them.

The study discovered that negativity just makes depression worse, as the negative thoughts accompanying depression tend to lead to more. These thoughts can undermine your attempts to control depression!

In an experiment published in 2006 in the Journal of Clinical Psychology, people were divided into two categories: worriers and non-worriers.

Both groups were given categorization tasks, and both groups performed equally when the items they were categorizing were clearly members of a single category. However, when the ambiguity of the items' categories increased, the performance of those in the worrier group decreased.

A second study found that performance increased as negative thoughts increased. Both groups were told to either “relax” or “worry“, and were given the same tasks. Those in the “non-worrier” category performed as poorly as “worriers” after just 15 minutes of worrying. Those “relaxing” performed better than their worrying counterparts, even if they were initially in the “worrier” category.

What does this mean?

A study published way back in 1990 found that negative thoughts increased pain sensations. 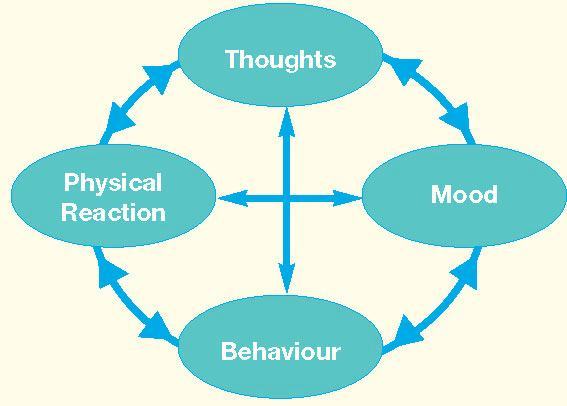 Those who thought negatively and had a lot of negative self-talk reported not only more pain, but also greater psychological distress. Patients suffering from chronic pain tended to have more negative thoughts during the painful flare-ups than those suffering from the intermittent pain caused by arthritis and sickle-cell anemia.

As you can see, pain may bring on negative thoughts, but negative thinking will just make the pain worse!​

According to the Mayo Clinic, negative thinking that leads to stress can wreak havoc on your body. When your worries and anxieties turn into stress, the following symptoms may set in:

As you can see, negative thinking and stress can really mess with your health, so it's time to change your mindset and start thinking positive thoughts!